The HART Test Bench allows you to test your HART Slave Device for HART conformity and helps you develop your device specific tests. 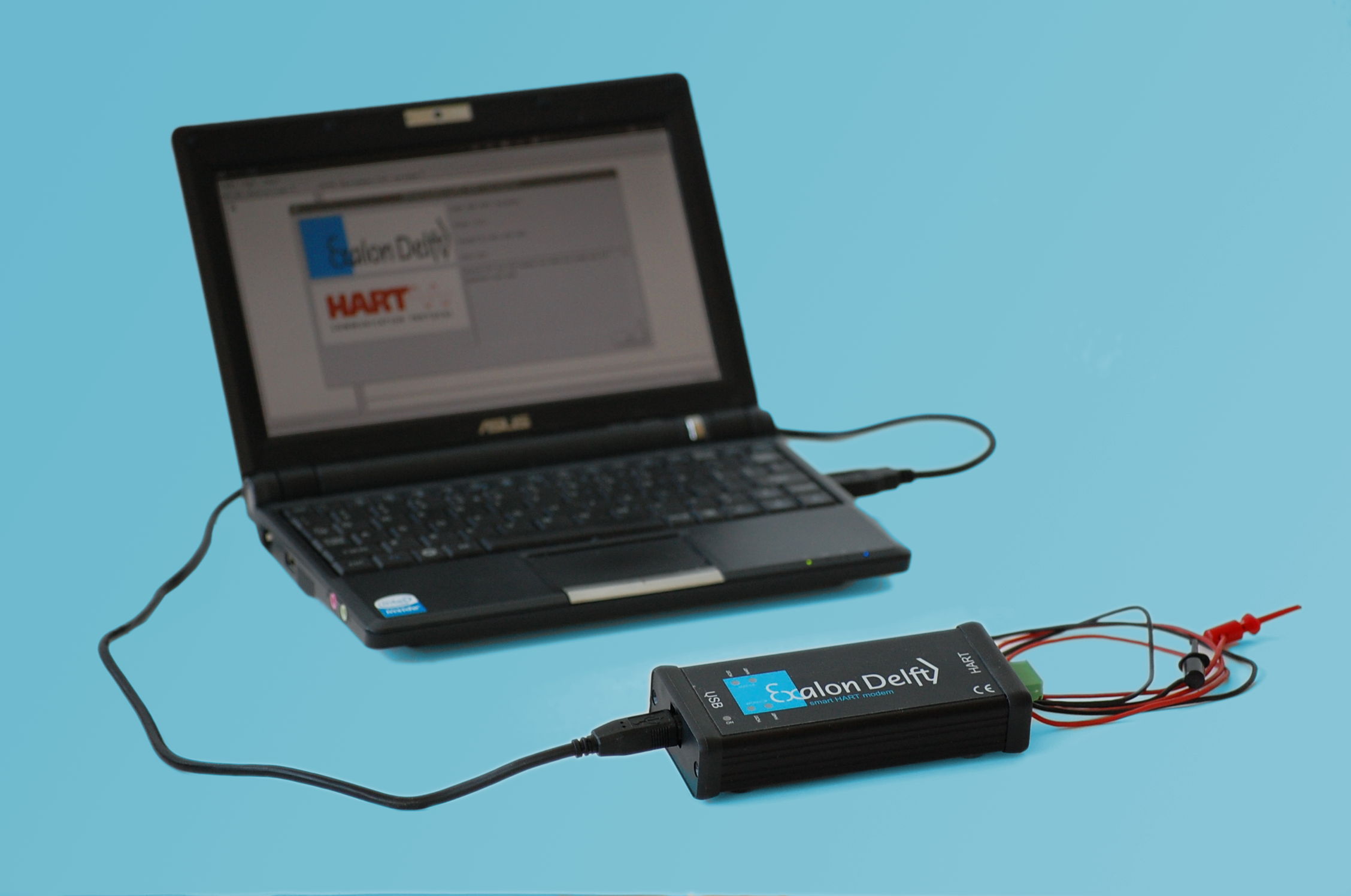 Imagine, you are developing a field transmitter that is going to be installed in a thousand different locations spread across the planet under the most harsh conditions. It may be connected in a network with your competitors devices to control processing parameters or monitor product quality. Large economic values are at stake. And maybe peoples lives….

You know your product deserves to be rigorously tested in every aspect important to your customers application. Including Interoperability and Compliance to HART testing standards.

And although certain tests are not that difficult to perform, other tests involve precise bus timing. For this you need full control over your PC’s UART…

… for which support depends on your OS and UART.

In fact, ordinary PC-controlled RS232 or USB HART test systems are just not up to the task. To get the tests done on time and within your projects budget you deserve the best testing tool available. 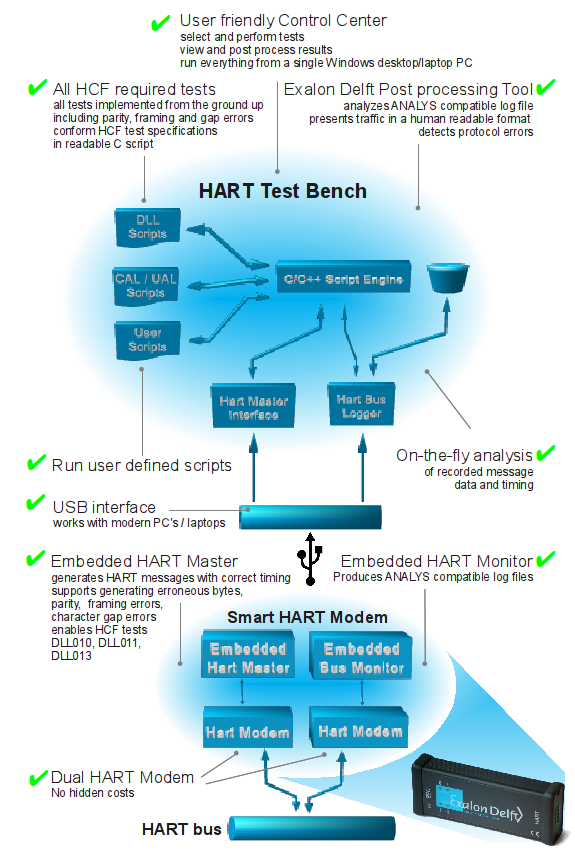 HART Test Bench tests are a complete implementation based on the official HART Slave test specifications. These specifications comprise 152 test cases that test a total of more then 2000 test points.

HART Test Bench includes many tests not implemented in other solutions allowing you to rigorously test your device’s behavior under simulated poor network conditions that cause parity and framing errors, inter-character gap errors and erroneous or spurious bytes.

And because all tests are implemented in C script and the source is open1) to you, you can easily write your own user scripts or study those of the Test Bench to better understand HART protocol and test specifications.

1) Note that the source is open but not free (neither as in speech nor as in beer).

HART Test Bench itself is complete without hidden costs. It comes with an Exalon Delft Smart HART Modem included and installs on a single desktop or laptop PC running Windows XP or higher. Other solutions require you to purchase 2 HART modems and reserve an additional PC to operate as bus monitor.

The included Smart HART Modem guarantees correct bus timing of HART messages. In addition it allows accurate distortions of messages as specified in Data Link Layer tests DLL010, DLL011 and DLL013. The second channel of the Smart HART Modem is used to accurately monitor and log bus traffic all from a single PC or laptop.

The current version of the HART Test Bench 1.6 is conform the following Test Specifications:

HART Test Bench includes one Smart HART Modem which gives you 2 independent HART modems with a single USB connection. And the Exalon Delft HART-IP server is included for free! Installs on any PC with Windows XP or higher or Ubuntu Lucid LTS without hidden costs. Access the C sources of the test scripts to better understand HART protocol and test specifications. All this at a price substantially lower than competitive products!